Solo guitar arrangement of the Queen classic! For Tabs go here: http://darylkellie.spinshop.com/ This arrangement was inspired by the many amazing renditions…

MFLL is looking forward to hearing this guitar man in a cosy, intimate space..

Sweetcorn Bread are also on the bill & should have us up and dancing http://youtu.be/0gO-3Qnn8Bk

If as a lot of music listeners of a certain age your Boz Scaggs listening experience is “Lido Shuffle” and “Lowdown” and the rest of his disco-tinged hits from Silk Degrees, you are in for a treat. After the release of Memphis his recent foray into the blues, it seemed that the former Steely Dan member was staging himself for a major comeback, and with the release of A Fool to Care he may well be right there, full comeback mode accomplished.

The bluesiness is turned up to almost “Loan Me a Dime” levels throughout this excellent album that features guest spots by Lucinda Williams on “Whispering Pines” and Bonnie Raitt on “Hell to Pay,” and delivers a spot-on excellent cover of Huey Piano Smith’s “High Blood Pressure.”

A Fool to Care has a casual swing to it that will capture your ears from the first track and meander them for the rest of this fine album that could have been recorded 50 years ago, or just a few months ago, it is that vintagely fresh. One wouldn’t think that someone who has been in the business over 50 years could produce an album like this that sounds like he is in his absolute prime, but that is exactly what Boz Scaggs has done here.

For extra credit go back and listen to “Sail on White Moon” and “You Make it So Hard (To Say No)” from Slow Dancer and you will know exactly what I mean.”

“Could this be the perfect marriage of musical styles as indicated in The Times’ recent review of Kelly Oliver?

“There was a fine support set too from the promising young singer-guitarist Kelly Oliver, an artist who blends traditional values with hints of a bold, indie-pop sensibility”.

Traditional elements drawn from Kelly’s Irish background and mesmerising voice, with imaginative fiddle and sonorous backing vocals from one of Folk’s award winning golden boys, Ciaran Algar combined with the ‘indie-pop’ sensibility of Nigel Stonier who has sailed many a song into the charts via BBC playlisting. Nigel’s co writing involvement and passionate production weaves a variety of well placed instrumental motifs into the fabric, with light and shade a plenty, resulting in an energising, positive and rousing modern anthem, projecting the ‘tenacious talk’ from the traditional biblical story of Jericho onto the current musical map.

Jericho is Kelly Oliver’s first single off her second album (album is due for release in the Summer).

Jericho will be released on Folkstock Records, who have achieved BBC Radio 2 play for their last three releases.”

MFLL was introduced to Kelly Oliver a year ago  http://sco.lt/5sFELB&nbsp; and she just keeps on rising!  If you love the idea of trad folk with a suggestion of indie-pop,have a listen.It’s certainly got our week off to a rousing start.

‘an adventurous debut, a concept album exploring the mythic qualities of birds, along with hushed electro-pop backdrops from producer MaJiKer. Andrew’s vocals are suitably airy and larkish… English avant-folk at its finest’ The Observer

“Roshi Nasehi has a seriously affecting, spellbinding voice… Graham Dowdall is the master of understatement” 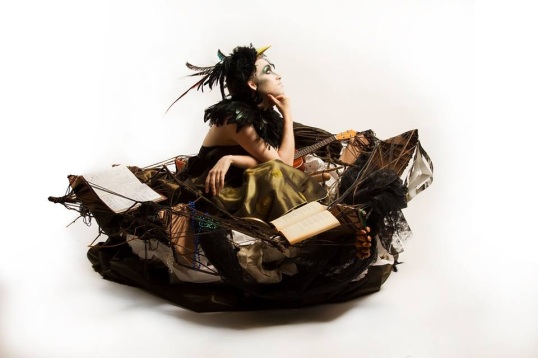 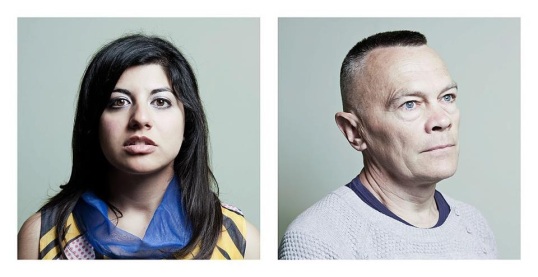 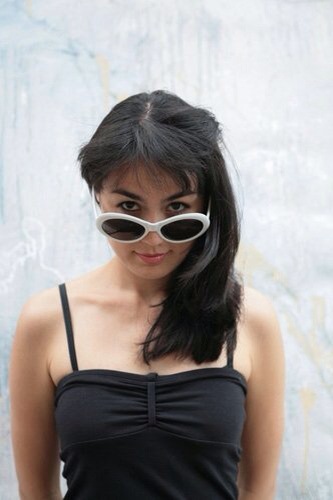 When I first came to London as a young, provincial wannabe and poetaster, I used to hang out in the French House in Dean Street. It was a poetic watering hole and a lot of braggarts and losers propped up the bar and filled the air with heavy smoking while swilling down their Guinness genius and ruining any chance they might have had for success.

Famous poets (who also did drink) did walk through the doors – George Barker, Dylan Thomas, John Heath Stubbs and many others, but the name whispered amongst the cognoscenti was Stevie Smith who became the myth and the legend never to appear at watering holes, but whispered to be the unsung real poet of her time.

Indeed that assessment has rung true down the years and in this exquisite, understated and incredibly moving play which celebrates her life and work – we are given a real insight into just what she was up to – away from the watering holes – in her home in Palmers Green.

Stevie is played with conviction and respect by Zoe Wanamaker and such is that great actor’s skill, it is as if Zoe were Stevie.

I saw Zoe Wanamaker make a guest appearance in Mr Selfridge on TV last Sunday playing a duchess type person, a very haughty role, so different from the timorous and diffident Stevie, yet in both parts Ms Wanamaker was totally convincing  – such is the chameleon gift of the actor..

The play, however, has a bleak tale to tell.

In chronological fashion, it describes a life consisting of going to work, coming home from work to a much loved aunt and companion, to a life of writing out of feeling rather than thought, but with wit and irony, conscious of an awareness of time passing, life slipping away, a suicide attempt, regret and shame for that, and then – SUCCESS!

But what a price to pay!

However, toward the end of the second act, I did rejoice in her enjoyment of that success, the parties, the movement from sherry to champagne, the good reviews, a Queen’s Medal for poetry, meeting the Queen …

But her much loved aunt died, another family member fell ill, and Stevie herself approached death via a brain tumour.

In a most moving final scene she summons death as a companion, as someone or something she was able to cling on to, to trust. Yes, Mr Death will definitely arrive. “Come soon,” she whispers.

It is the conscious irony and wit of the poet, Stevie Smith, the writing of Hugh Whitemore, the performance of Zoe Wanamaker, that makes this such an important night for literature and for life; also for death.

I need also to mention the set which was a wonderful 1940’s Palmers Green and the theatre space itself – one of the most comfortable and sensibly designed in London.

All the way from South London! Thanks guys.Good start to our day.

Visitors to Graham Fink’s new exhibition today might wonder why he is staring at his computer so intently.

Music For A London Life Choice: You Are Wolf – Oh Ruin

Oh Ruin is the first single from You Are Wolf’s debut album, Hawk to the Hunting Gone, released on Stone Tape Recordings in May 2014. Find out more and order…

“On March 13, at Andipa Gallery, UK-based street artist will present new miniature scenes that draws on the urbanite’s desire to seek out nature. Called Miniaturesque, the new works feature small figurines, who on the surface look like they’re having a swell time, jumping over rocks in a “creek” or swinging from the branches of a “leaf.” In actuality, these settings were created using leftover trash or weeds growing out of a concrete staircase.

As the gallery states, “Using tropes from art and popular culture, Slinkachu’s new works employ irony, humour and a healthy dose of reality; despite their fantastical situations, the miniature figures we observe are not so dissimilar to ourselves, living in the shadows between the real and artificial.”

Andipa Gallery has sent us all five images they are releasing, giving us an up-close photo of the artworks as well as farther filmed shots that show each scene’s interesting context.

Slinkachu has been “abandoning” miniature people on the streets of cities around the world since 2006. Throughout the years, his clever, thought-provoking works have been featured on My Modern Met many times. See previous works here and here.

Minaturesque, Slinkachu’s new solo show, will run at Andipa Gallery in London from March 13 to April 11.

For more information about this upcoming exhibition  visit http://andipa.com/