Newton Faulkner records his hit single “Dream Catch Me” in the vega 95.3 recording studio for the vega Sunday Sessions with Mark Gable and Jen Oldershaw.

It’s that time of year! Time to seek out some super skating rinks, including our favourite @ Somerset House. Here’s a blast from the past, filmed @ Somerset House way back in 2012 but we love it still and hope you do too. We like the fact that we do not even need to be there to enjoy this!  Oh, we suddenly feel all  pre-festive,! An experience that’s vibrant and vital, for all ages. Of  course nothing beats getting along there and joining in the fun. Guaranteed to give cheer on a grey city day! And after you’ve had the traditional tumble-on-ice  or you’ve simply exhausted yourself laughing and cheering on the sideline whilst sipping Fortnum’s  hot chocolate, there’s so much else  to see inside SH. See their website for current events   http://www.somersethouse.org.uk/events

We skate just as brilliantly as the skaters in this video." Yeah? Something not quite right about previous statement .

The ICA is celebrating the 25th anniversary of Krzysztof Kieślowski’s 1989 masterpiece The Decalogue with a rich and wide-ranging retrospective, as well as his first documentaries and other pivotal yet lesser known films.

[Kieslowski and Piesiewicz] have the very rare ability to dramatise their ideas rather than just talking about them. They do this with such dazzling skill, you never see the ideas coming and don’t realise until much later how profoundly they have reached your heart.

From Derek Malcom’s Kieślowski obituary for The Guardian

The ICA is celebrating the 25th anniversary of Krzysztof Kieślowski’s 1989 masterpiece The Decalogue (Dekalog) with a rich and wide-ranging retrospective.The Decalogue is a renowned Polish television drama series directed by Kieślowski and co-written with Krzysztof Piesiewicz, with music by Zbigniew Preisner. It consists of ten one-hour films, inspired by the Ten Commandments.

Kieślowski’s works are meditative, often melancholic in tone, expressionist in technique, and tackle themes of identity and what it means to be at once connected and isolated. The Decalogue is a work that reflects the instability and ongoing transformation of an individual’s life. It’s an examination of the emotions upon which life itself is built: emotions which are the driving force behind all our decisions, choices, mistakes and sins.

This retrospective is not only a journey through The Decalogue series but also presents some of Kieślowski’s first documentaries and other pivotal yet lesser known films.

“MIRRORCITY explores the effect the digital revolution has had on our experiences.

London is one of the world’s centres for contemporary art. MIRRORCITY shows recent work and new commissions by key emerging and established artists working in the capital today, who seek to address the challenges, conditions and consequences of living in a digital age.

JG Ballard believed that reality had already exceeded the visions conjured by science fiction by the end of the 20th century. Drawing on the digital era we now live in, the artists in MIRRORCITY respond to and address this new perception of the world.

The engagement, innovation and complexity of the works selected for MIRRORCITY also directly or indirectly reflect the multi-faceted character of London itself.” 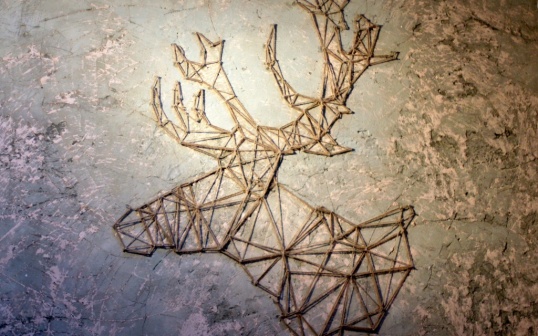 A modern bistro in Clapham.

Fay Maschler gave this place the thumbs up ..once she worked out how to get to Clapham. As a lifelong London resident and veteran reviewer for The Evening Standard . hopefully but doubtfully she took the tube. At any rate and whatever the route,  I’m sure she did not have a David Mellor moment in a black cab. What? Two hours to get from  home in North London to deepest South London?  Have a mouthful!

Meanwhile, someone less cushioned and relatively unknown says wait awhile before you visit

perhaps the difference here is that the second and less influential reviewer was not recognised?

“I’ve Seen The Rain will feature on The April Maze Album ‘Sleeping Storm’ out Feb 2015. Single out now at www.theaprilmaze.com and iTunes. “

‘Mayhew’s masterful guitar, Agam’s visceral, growling cello and her own dark twisted vocal…mean much of this is a series of inky-black fairy tales.’

“Indie alt-folk, much influenced by the sound (and fashions) of 70s San Francisco, Agam’s voice a rich cocktail of dark molasses and sweet honey.” Folking.com

Another exciting new discovery for MFLL .

We love this Gower Coast video from Oxford/Melbourne based alt folk duo The April Maze and will definitely be checking out one of their live shows once they go on tour In 2015. They are also available for house concerts. Oh what a night that would be! 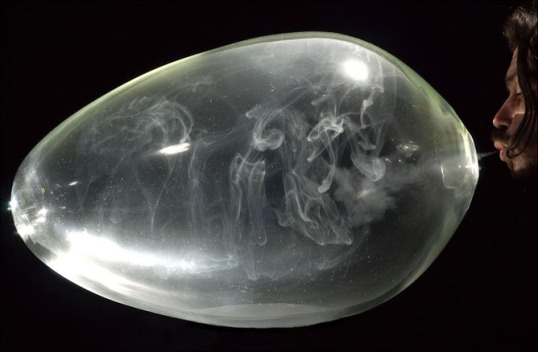 Koen Vanmechelen is a conceptual artist who explores the social function of art. For over 20 years he has been making mixed media work around a central theme of diversity, immunity and fertility. By approaching his subject laterally he has been able to make significant discoveries about genetics which have not been reached through conventional scientific practice.

The artists new exhibition in London springboards from his ongoing project The Cosmopolitan Chicken, in which he uses the chicken as a universal metaphor. By crossbreeding roosters and hens from around the globe he reflects the benefits of a diverse gene pool. Over the past 15 years Vanmechelen has cross-bred 18 generations of chickens from as many nations, proving emphatically that greater genetic diversity results in increased fertility and stronger immune systems.

In the evocative, labyrinthine tunnels of the 200 year old crypt of St. Pancras Church, Darwin’s Dream, reflects on the artists discoveries through works in a multitude of media. Curated by Jill Silverman van Coenegrachts and James Putnam, the exhibition features a living ‘jungle’ and a miniature lake at its centre and includes performance video, photography and sculpture in glass. The genetic lineage throughout the generations of the cosmopolitan chickens is illustrated in a family tree and larger than life-size photographic portraits of the parents and their offspring, presented alongside specimens of the different generations preserved in taxidermy.

“Benjamin Chase “Ben” Harper (born October 28, 1969) is an American singer-songwriter and musician. Harper plays an eclectic mix of blues, folk, reggae and rock music and is known for his guitar-playing skills, vocals, live performances and activism.”

‘Take a Seat by Janet Brooke is a complex screen print and mono print and part of the exhibition titled ‘The Way We Were’ at Orso Major Gallery.

The exhibition features street architecture and run down shop fronts from the 1980s to 2000.  In the case of the shop fronts, the build up of signage, paint, labels and notices are applied one on top of another, echoing the ever changing nature of London in particular.

Drawn to the texture and the washed out signage with fading and flaking paint on the walls, Janet captures these images of shop fronts and street furniture using monoprint to get the texture of the scrubbed out walls. Once satisfied with the build up of texture, a complex multi-layered screen print is applied.

She says of ‘Take a Seat’

“This faded wall sign on the Bow Road, complete with faded bench and Tennants Super can seemed to sum up urban loneliness”

Brooke was inspired to capture these neglected aspects of our urban environment, recognising that soon they would be gone, and the memory of them would fade much like the paint on the fascia.’

Read more about the background to the exhibition here http://spitalfieldslife.com/2014/11/20/janet-brookes-east-end-screenprints/