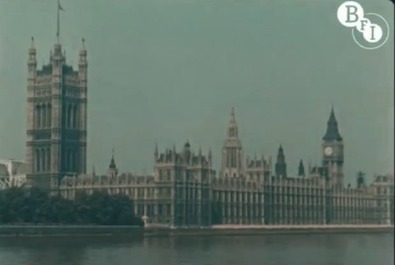 “Back during the 1920s, Claude Friese-Greene, an early British pioneer of film, shot The Open Road, “a series of ten-minute travelogues of Britain,” which were meant “to be shown before the main feature in cinema programmes,” according to the British Film Institute. Clips from that series have appeared for years on the BFI’s YouTube Channel. But, in recent days, the hive mind of the internet has focused on these five minutes of footage showing 1920s London in rare moving color. What draws us to this footage? Perhaps one Vimeo commenter put it best, saying: “Profoundly moving somehow. All those ghosts on film, foreshadowing our footsteps through the same city. Parts of London remain startlingly unchanged. The megalopolis was less corporate then, more imperial, certainly less suspicious of the camera. But, those pastel shades of people are shown dodging the traffic in the same way as we do, perhaps showing us a way through the labyrinth.” It’s hard not to stop and take notice when the past seems distant, yet so close and familiar.”