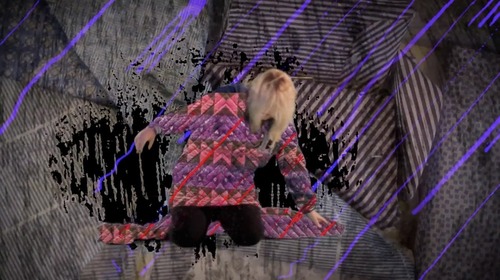 Young Blood From The Motor City Premiere a Kaleidoscopic Video

“Detroit’s dystopian environs are transformed by a psychedelic explosion of color in Jamaican Queens’ new video for “Caitlin.” Local filmmaker Daniel DeMaggio spent the better part of a month adding the swirling, surreal animated visuals to footage shot in one of the city’s many empty spaces. “We created a green screen in a vacant warehouse,” says the group’s vocalist and co-producer Ryan Spencer. “Dan doesn’t have heat at his place, so he stays over at my place when it gets really cold. He’s my favorite artist in the city and when he expressed interest in doing something with us, we jumped on the opportunity.” Spencer wrote “Caitlin” as a ‘secret Santa’ present to comfort his eponymous friend—who also stars in today’s video—after her grandmother was tragically killed. “I think she really liked the gift,” he says. The trio, completed by drummer Ryan Clancy and guitarist, bassist, co-producer and back-up singer Adam Pressley, recently released their debut album Wormfood, which fuses playful indie and “Detroit trap pop,” a synthetic-voiced hybrid of hip-hop, dubstep and other sonic elements currently energizing the city’s fertile underground.” 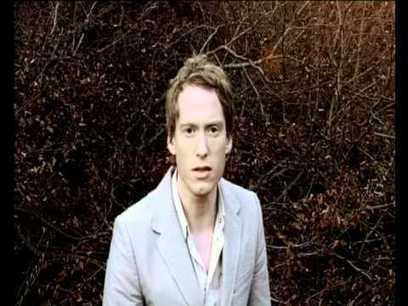 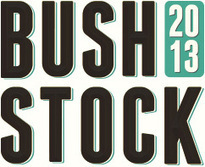 “On the last Thursday of the month galleries in Fitzrovia will open until 9pm, giving visitors to the area the opportunity to view exhibitions and attend special artist talks, performances and curator- led tours programmed especially for Fitzrovia Lates.

Fitzrovia is framed by Euston Road to the north, Oxford Street to the south, Portland Place to the west and Tottenham Court Road to the east. As an area known historically for its artist communities, it has in recent years become home to many cutting edge galleries and a new and expanding hub for the visual arts in London.

Fitzrovia Lates helps visitors to navigate this area by communicating its boundaries and mapping out the growing number of galleries opening within its borders.”

Exhibitions — What does the vessel contain, that the river does not — Hauser & Wirth 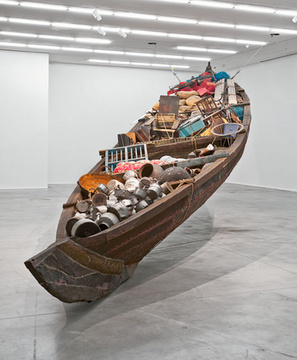 Inspired by the work of the 13th century Persian poet, Jalāl ad-Dīn Muhammad Rūmī, ‘What does the vessel contain, that the river does not’ is a traditional fishing boat from Kerala, India that measures over 20 metres and straddles the entire stretch of the gallery. The boat is filled from bow to stern with chairs, beds, window frames, fishing nets, plastic jars, cans, an old radio, cooking pots and pans, suitcases and a bicycle.

The ancient Sufi philosophy embedded in Rūmī‘s poetry speaks eloquently about the idea of the microcosm – the containing of an entire universe within the human soul. With this large-scale work, Gupta too creates a microcosm containing one person’s entire existence, bundled together and crammed into a vessel which appears as if it is about to set sail. For the artist, this boat ceases to be just a simple mode of transportation, but has evolved into an extension of the greater paradigm of survival, sustenance and livelihood.” 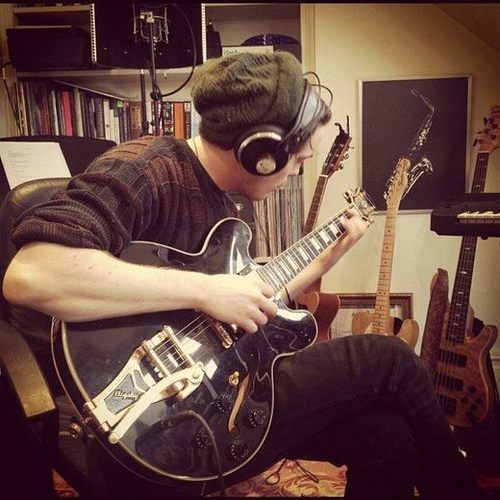 Freddie Dickson is one of many acts worth catching at this year’s Bushstock Festival, in 4 Shepherds Bush venues.

For the full lineup: http://www.bushstock.co.uk/line-up/

Poems on the Underground: Time to celebrate 150 years of London Life

Judith Chernaik writes in The Guardian :

“The poems chosen to mark the 150th anniversary of the capital’s tube system reflect both the history and diversity of London. “

I love walking into a tube carriage, finding a seat,slumping down, preparing to stare into the near distance and then bang! A wondrous poem floats before my eyes. Thank you Poems on the Underground. You are much appreciated for enlivening our subterranean journeys.