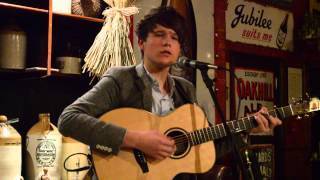 Luke is nominated for two prestigious 2013 BBC Radio 2 Folk Awards – the Young Folk Award and the Horizon Award for the best emerging talent.

Luke impressed the audience at a recent Cecil Sharp House gig, supporting Martyn Joseph. This teenager has a voice you could get lost in. He has a musical maturity and a songwriting ability that belies his years. His roots may be firmly within folk music but his exuberant stage performance@ CSH almost suggested emerging rock star! He continues touring the UK until Dec 9.

Go seek him out!

for more details about the tour, and to buy his debut album ‘More Than Boys’: